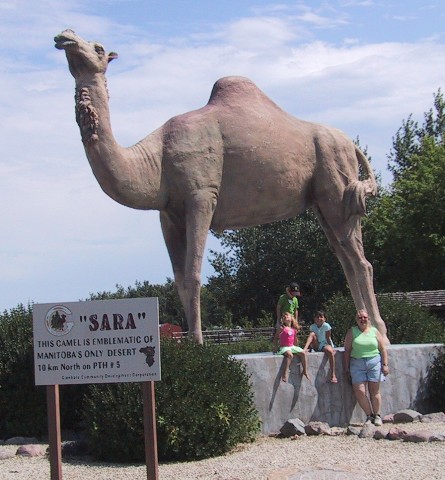 Glenboro is an unincorporated urban community in the Municipality of Glenboro – South Cypress within the Canadian province of Manitoba that held village status prior to January 1, 2015. it is located about 80 km southeast of the City of Brandon. In the 2016 census it had a population of 624. The community is a service centre for the surrounding farming community.

Glenboro is the home of “Sara the camel”, a 17′ statue created in October 1978, by Mr. George Berone of Berone Sculptures in Winnipeg. “Sara” is emblematic of the nearby Spirit Sands, and has been used to promote the Glenboro area and nearby Spruce Woods Provincial Park.