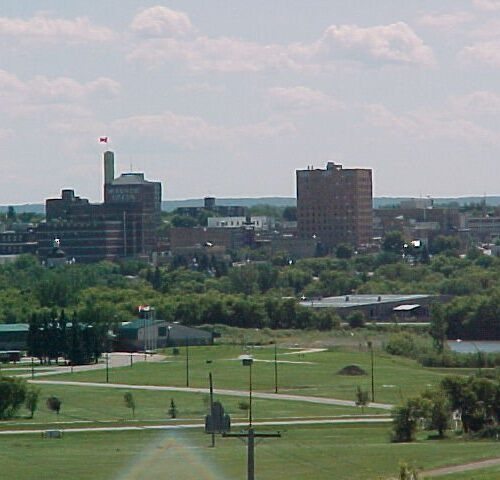 Brandon is the second largest city in Manitoba, Canada, and is located in the southwestern area of the province. Brandon is the largest city in the Westman region of Manitoba. The city is located along the Assiniboine River. Spruce Woods Provincial Park and CFB Shilo are a relatively short distance to the southeast of the city. Minnedosa Lake is only half an hour to the north.

The city started as a major junction on the Canadian Pacific Railway, and the Assiniboine River and was then incorporated in 1882. Brandon is actually named after the Brandon Hills in the area which in turn are named after a hill in James Bay. Brandon, the second largest city and service center in Manitoba after Winnipeg, is a major hub for the surrounding agricultural area. The population of its trading area is between 70,000 and 150,000 people, while the city has a metro population of over 46,000.

Brandon’s industry reflects its agricultural history; its major industries are related to agriculture and include fertilizer and hog processing plants, as well as retail and government services for the surrounding area of Westman.

Brandon is also home to Brandon University and Assiniboine Community College as well as the Brandon Wheat Kings. Brandon’s Army Reserve unit is the 26th Field Artillery Regiment, Royal Canadian Artillery, and the Canadian warship HMCS Brandon was named after the city.