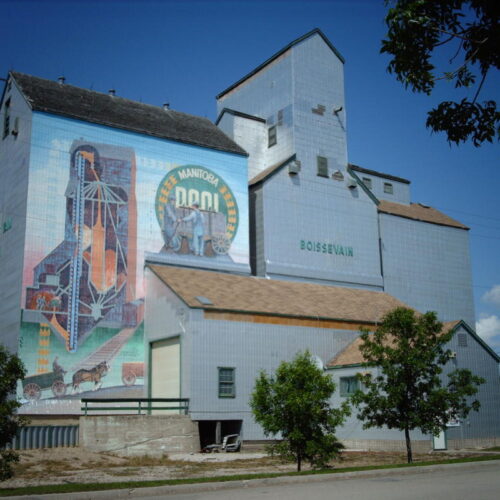 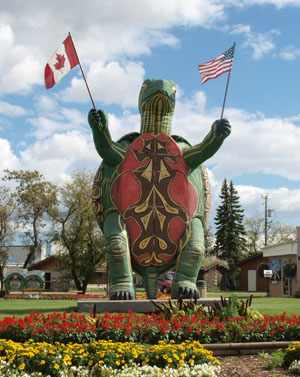 Boissevain is an urban community in Manitoba near the North Dakota border that held town status prior to 2015. It is located within the Municipality of Boissevain – Morton. Boissevain is a community of just under 1,500 people and it is between Killarney and Deloraine on the east and west with Brandon in the north. The population of the surrounding area, within a 50 kilometre radius of the community, is about 15,000.

It is notable for its proximity to the International Peace Garden, a short drive south on Highway 10. The community also displays a number of wall murals as a tourist attraction. The community was named after Adolphe Boissevain who helped finance the Canadian Pacific Railway. Boissevain, not far from Turtle Mountain and Turtle Mountain Provincial Park, also formerly hosted the “International Turtle Derby”, a turtle race, each summer. “Tommy the Turtle” is a 28-foot-tall, 10,000-lb western painted turtle that serves as an icon for both the Turtle Derby and the community as a whole.